Novelist and researcher David Wilcock said in a Coast to Coast AM interview that the globe is home to an alliance of ancient civilizations.

These ancient civilizations had long called the Earth’s bowels home and were ready to reveal themselves to the rest of the globe.

Wilcock is certain that countless ancient civilizations, such as the Atlanteans, moved underground to survive the tumultuous periods that dominated our planet’s surface during its lengthy history.

“Eventually, they made the decision to make their new subterranean home.”

For ages, the existence of underground tunnels and passageways has been a point of contention. These portals, according to ancient civilizations all across the world, lead to entirely new kingdoms located deep under the planet’s surface.

Ancient mankind in Turkey seems to have resurrected these stories by constructing massive underground cities such as Derinkuyu, the biggest ever discovered near Cappadocia. 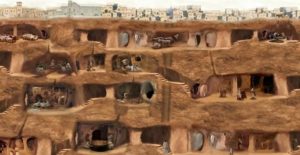 The Derinkuyu subterranean city is a multi-level underground metropolis in Turkey’s Derinkuyu neighborhood that stretches to a depth of 85 meters (279 ft). It might have housed as many as 20,000 people, together with their animals and food supplies.

Wilcock believes the US government is aware of its presence as a result of its unintentional discovery while working on clandestine programs to establish hidden subterranean bases.

“They have these tunneling machines,” Wilcock said in the interview, “and occasionally they break somewhere they’re not intended to go, because there are persons there.”

Wilcock indicated, citing contactee Corey Goode’s account, that the fragile link between inner Earth inhabitants and those on the surface who are aware of their presence had recently disintegrated.

“This military industrial complex worked with these entities in the past and had treaties with them, and now they’re attempting to eliminate them,” Wilcock added.

This is why, according to Wilcock, these Inner Earth Civilizations have banded together to confront the great growing threat of recent times, and are looking to interplanetary entities for assistance in combating the forces attempting to destroy them.

Wilcock further reported that a long-awaited meeting between the two factions had finally taken place, with Goode permitted to witness the proceedings.

“After the conference, the intergalactic entities made an amazing request.” “The Inner Earth beings were in shock when they got out of it,” Wilcock stated. “As part of the disclosure, they’ve been requested to disclose themselves to us.”

“I think we’re going to learn that the subterranean bases are far more vast and much older than we imagined,” he said if the underground organizations agreed with the request.

David Wilcock is a presenter, filmmaker, and researcher who specializes in ancient civilizations, consciousness science, and new energy and matter theories.

He’s rewriting entire disciplines of science and directing a new narrative of human history that includes races of highly evolved species with whom we share the planet and space. 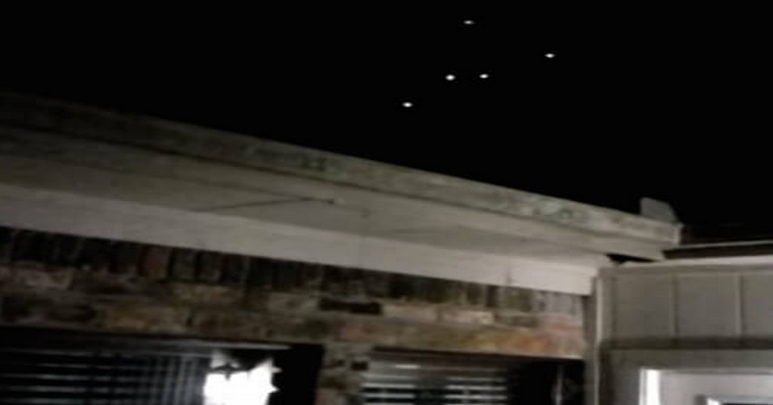 Another Fleet Of Strange UFOs Was Spotted Over Texas