The mystery Maya astronaut shown on the lid of a coffin discovered in the tomb of “Pakal the Great” in the historic Mayan city of Palenque, situated in the Sierra Madre de Chiapas, Mexico, is one of the most significant finds linked to the ancient Mayan civilization.

King Pascal’s tomb, which was discovered in the “Temple of Inscriptions” in 1952, is represented by the enigmatic image painted on the lid.

Ancient astronaut theorists like Zachariah and Erich von Daniken were interested in the enigmatic tomb of the Maya ruler Pakal and proposed that the carving on the coffin lid discovered in his tomb shows an early astronaut. 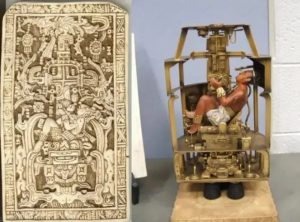 The Pakal is shown on the lid, like in his tomb, in a middle position surrounded by images and symbols that run down the lid’s sides and stand in for significant Maya cosmological concepts. When he ascended to the throne of Palenque in 615 AD, he was just 12 years old. He successfully held the position until his passing at the age of 80.

At such a young age, he is said to have been the seventh ruler. He constructed this little Mayan city and developed it into a modern city in Mesoamerica. The principal historians assert that the sarcophagus describes King Pakal’s demise and journey into the afterlife. 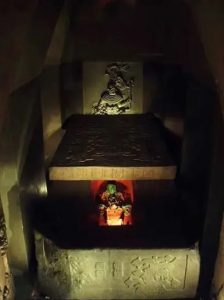 As an alternative, Erich von Daniken stated that the monarch is seen seated inside of some sort of spaceship in his book “Chariots of the Gods.”

The body of Pakal the Great was interred in a sarcophagus that was encircled by a 9-meter-long vault with 7-meter-high ceilings in the Temple of Inscriptions. Archaeologist Alberto Rus Luillier from Mexico first entered it in 1949. 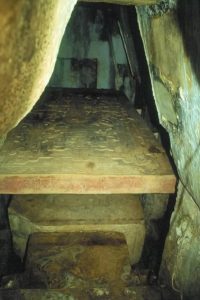 He found a lot of skeletons of people who had been sacrificed at Pakal the Great’s burial. Then he went to the crypt, which he claimed was “dug in the ice.”

It’s a sort of cave with smooth ceiling and walls that give the impression of having been polished. It also has stalactite-draped dome that is reminiscent of an abandoned chapel, and stalagmites that emerge from the ground that are as thick as candle wax droplets.

The jade and obsidian mosaic mask that covered the deceased’s face was among the most spectacular items that caught the attention of researchers.

The sculpture on the coffin lid of Pakal’s tomb, which was carved on a stone that likely weighed 5 to 20 tons, remains its greatest enigma. Many believe it to be a spacecraft because a guy who appears to be seated inside of it appears to be clothed in traditional Mayan garb. 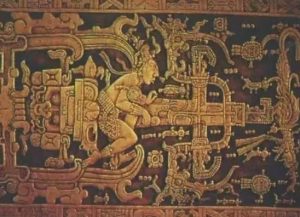 The large snout of King Pakal is another peculiarity. He even had an unusual appearance: a high nose that cut across his forehead, a small face, and large eyes.

Pakal is not the only old figure with a raised nose root; if you examine other figures from antiquity, you may also see elevated nose roots on ancient figurines discovered on Jaina Island, an ancient Maya burial site with around 20,000 tombs.

The long noses that stick out from the forehead may be a genetic trait from ancient humans or may be from a different human group. Additionally, ancient civilizations with features like high nose roots, odd teeth, and tall skulls may have belonged to a distinct branch of the human race. But when did DNA undergo such a significant change?

The carving on the lid of Pacal the Great’s sarcophagus, which depicts the voyage of the deceased’s spirit into the land of the dead, is just a representation of the afterlife, according to modern archaeologists, who dispute the theory that the ancient Mayans had astronauts. 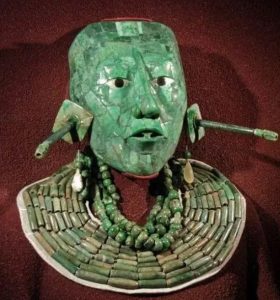 Despite official denials, many people continue to hold the opinion that this odd figure dressed as a Mayan warrior is an extraterrestrial that Palenque’s residents came across and engraved on a stone 2,000 years ago.

Zecharia Sitchin demonstrates in his book “The Lost Realms” that there are parallels between the King Pakal’s tomb and the ancient Egyptian pharaohs’ funeral customs.

Scientists also acknowledge that comparisons between the Pakal tomb and the crypts of the Egyptian pharaohs cannot be avoided, particularly in light of the symbols used in funeral scenes that represent a voyage to the hereafter.

These linkages, which came up as a consequence of relating the history of the Maya civilization in general to the tomb of King Pakal and the concept of ancient astronauts, imply that King Pakal may have been a member of the Anunnaki, who introduced civilization to Earth.

According to the Sumerian tablets containing the list of rulers, the great bulk of the Anunnaki had already departed Earth by the time of Pakal’s passing. Is it conceivable that Pakalm was one of the Anunnaki that remained and that his tomb showed him traveling back to the Nibiru, the Anunnaki’s planet of origin? 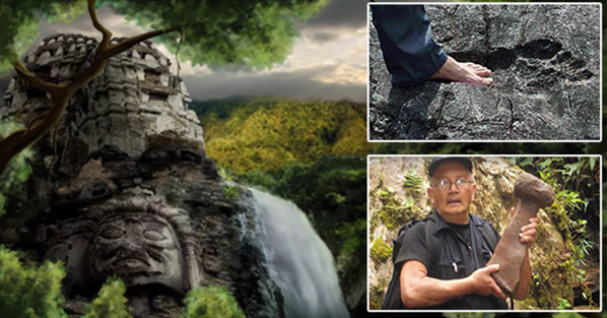